Article about Starzewski treatise "On Fencing"

Jerzy Miklaszewski article on Starzewski treatise. Analysis of the system in regards to other fencing works of his era.

Link to Academia below

Our workshops during Winterkamp 2020

Soon, in less than twoo weeks we will have a pleasure to participate and teach during the Dutch Winterkamp 2020 event in Goirle.

Two of our instructors Jerzy, nad Wojciech will be teaching their workshop focused on the area of sabre fencing.

Currently the November is very busy for us, as we have several workshops, tournaments and some bulk orders. Therefore all the orders starting from today till end November are labelled "High Period" which means they will be finished with some delays - around 45 days  since accepting the order.

Naturally all the orders accepted till yesterday wll be finished on time.

Thank You for Your patience and Your wonderful orders!

Workshops with Jerzy Miklaszewski during Swordfish 2019 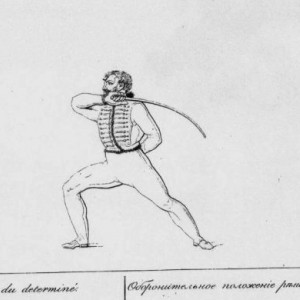 We have an excellent news! An instructor from Silkfencing Team, Jerzy Miklaszewski, will be teaching at World HEMA Championships - Swordfish 2019!

He will be conducting two workshops, one on French sabre system, the other on Polish!

First will be focused about an important feature of the Espadon system. Each cut has its own distinct feature, many of these being favorite actions of different nations of that time!

Secondly, he will be teaching a very important difference between the Polish sabre system and western European styles. Stresso tempo against Dui Tempo!

Four crosscutting techniques from a 1620 treatise

And here must be noted well that one can also make these same lessons against someone who uses the Cross-cuts, which fight is indeed held high by some, but is not at all from the art, but can much more be named a natural or POLISH fight.

This citation from Hennnings 1658 cut-fencing treatise is very important,as it underlines mot only the fact that at some point the Cross-cutting was recognized as Polish fencing, but as well it presents that it has been recognized and used wider.

Earlier it was a popular style of fencing which phenomenon is broader explained in the ehibition catalogue „To Arms!” which we invite You to read!

In early decades of 17th century there has been many treatises about cut fencing utilizing the cross-cutting mechanics. Currently we have more than 60 such techniques transcribed and slowly being translated. We are going to publish them in following weeks. Beneath the first ones from the Hans Schefferi of Marburg dating 1620.